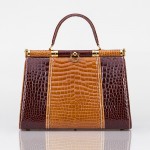 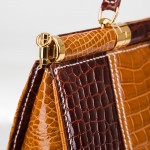 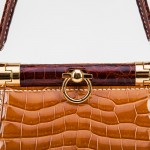 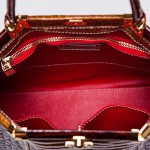 Inspired by the hexagonal opening of the bag, the bag was named “Six-Luck Bag” with the wish to bring six lucks to its owner. “Six Lucks” refer to wealth, filial children, health, loyal friends, good conjugal relations, and honor. The hexagon is the most stable and beneficial form in nature as it can be found in the honeycomb structure or water crystal, and the number one and six indicate water which indicates life in the Theory of Yin and Yang and the Five Elements. The Bible also says that man was made on the sixth day in the creation process.

While the world is becoming tougher and less romantic, we wished to add a little heart and consolation to life with the “Six-Luck Bag” that we prepared with great sincerity.